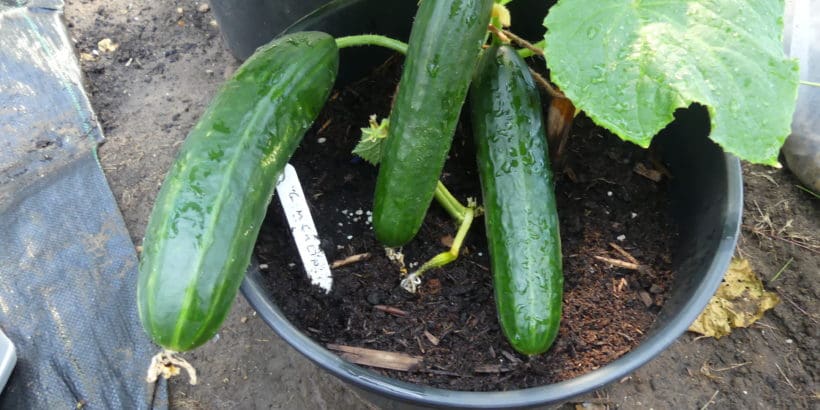 The cucumbers are doing well in the polytunnel this year, though have wilted at times in the heat and have needed plenty of watering. Plus I’ve had to spray the inside of the polytunnel with cold water to cool things down generally.

This year I’ve been growing ‘Merlin’, an all-female variety that I sowed in early May and now – mid July – are producing plenty of smooth-skinned and medium sized fruit. I have to say, they have tasted like a cucumber should – succulent and full of flavour. There are plenty of flowers and embryonic cucumbers forming so it bodes well for continued cropping.

I’ve always added a high potash feed (tomato food) to my cucumber plants but I find that they tend to run out of steam before they should so this year I’m giving them some general fertiliser instead. In fact the RHS recommend a balanced liquid fertiliser every 10-14 days.

You must be a Kitchen Garden Magazine subscriber to view this exclusive members website.